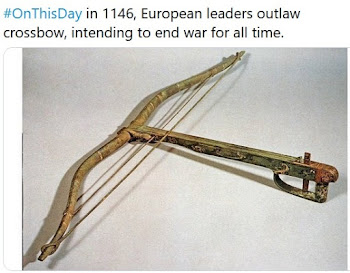 Posted by Heidi Lindborg at 8:26 AM

Lots of problematic teeth out there.  It's been a while since people went to the dentist.

Berserker behavior is the baseline now.

And Donny understands that.

Posted by Heidi Lindborg at 7:51 AM 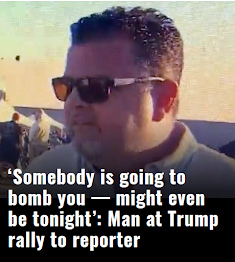 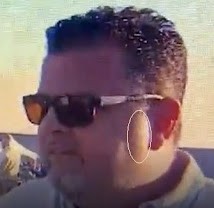 Edit/update: Moderna failed to disclose federal support in vaccine patents
The company with a leading coronavirus vaccine candidate did not adhere to a law designed to protect public investment. The key protein used in the vaccine was co-invented by the National Institutes of Health.

The Plan That Could Give Us Our Lives Back

Why COVID-19 poses greater risks for men than women

How Covid-19 can damage the brain

The coronavirus may shut down the immune system’s vital classrooms

Posted by Heidi Lindborg at 6:47 PM

Modulating the immune response with the wake-promoting drug modafinil: A potential therapeutic approach for inflammatory disorders
Interesting. didn't work on my sleepiness though...


How does the brain link events to form a memory? Study reveals unexpected mental processes

Right under your nose: A more convenient way to diagnose Alzheimer's disease
Certain proteins in nasal discharge can indicate the onset and progression of Alzheimer's, providing an avenue for early detection

How ApoE4 endangers the brain
ApoE4 prevents the recycling of sortilin, which removes beta amyloid.

Aging memories may not be 'worse', just 'different'

Greedy for glucose: Cancer cells rely on a primeval energy-producing pathway to proliferate and spread

Calculating the reduction in worldwide deaths from liver cancer if the whole world drank more coffee
A team of researchers affiliated with multiple institutions across Australia has found that if everyone in the world drank at least two cups of coffee every day, the world would see hundreds of thousands fewer deaths from liver cancer. In their paper the group describes calculating their numbers and explains why they believe governments should begin encouraging people to drink more coffee.


Are Braces a Scam?
Heidi says yes.   Pretty teeth do not a healthy mouth make.


More underwater coastal archaeology:
Is There A Sunken Civilisation In The Black Sea? (video)
Why this is important: because the time period that humans were first building permanent dwellings was before some major glacial flooding and a large sea level rise. Like now, prehistoric people chose to live near sources of water. Therefore most of the evidence of our first societies is now submerged.

Posted by Heidi Lindborg at 6:29 PM

Black man with no weapon walks away from Kenosha police and is shot 7 times in the back. White teen with assault rifle who just shot 3 people and KILLED 2, walks by Kenosha police with his gun & they offer him a water and he gets to go home. No greater summary of America exists.

Posted by Heidi Lindborg at 8:35 AM

The Limits of Willpower

This young man has incipient Tourettes.  His face is spasming out of control due to nerve compression caused by speaking.  Those braces are definitely making it worse.   (been there done that)

He should not have to struggle this way to compensate for incompetent dentistry.  It won't get better through "discipline".

He needs his molars checked for infection and occlusion problems.

Posted by Heidi Lindborg at 9:03 AM

The Covid-19  virus attaches to ACE2 receptors, starting in your nose.   It then multiplies and drips down into your lungs, which then deteriorate and allow it into your bloodstream.   It then preferentially binds to places with high ACE2 receptor density.   Like your testicles.  Seriously, testes are very susceptible, and the virus has been found in sperm.

It goes in your nose, and then collects in your balls.
I thought you might want to know that.

Posted by Heidi Lindborg at 7:54 AM

'Waves' of fluid clear the brain of toxins during sleep.

This is why most illnesses induce sleep...

Posted by Heidi Lindborg at 7:13 AM

Posted by Heidi Lindborg at 6:09 PM

He can't push it up behind the teeth...

Posted by Heidi Lindborg at 8:17 AM

Lets talk about zombie cicadas.   They are all the rage right now.

Male cicadas infected with a particular parasitic fungus lose their minds and go on a mating frenzy — even as the fungus causes their genitals to rot.  Wicked, huh?

The virus attaches to ACE2 receptors, starting in your nose.   It then multiplies and drips down into your lungs, which then deteriorate and allow it into your bloodstream.   It then ends up in places with high ACE2 receptor density.   Like your testicles.

You rocket surgeons still sure you don't want to wear a mask?

Posted by Heidi Lindborg at 2:04 PM

Your president just made it clear he plans to defund Social Security and Medicare if he gets a chance.

The payroll tax he wants to slash- finances those programs. If he gets rid of that, the others will follow.

Just thought I would spell that out for you, since the Fox channel does not.

Not only does he not care if you ever see your grandchildren again or even if you die of Covid- he wants your money now...
Don’t think that just because you voted for him he won’t destroy your life too.
Posted by Heidi Lindborg at 8:44 AM