Orexin cells are glucose sensitive.
When blood sugars rise, orexin production decreases.
When blood sugars fall, orexin production increases.
Narcolepsy causes the loss of these cells, and an oversensitivity to blood glucose.
Narcoleptics are highly sensitive to small fluctuations in serum glucose levels, enough that the glycogen released by the liver can raise it enough to cause symptoms.

Xyrem is a powerful central nervous system suppressant. It shuts down your brainstem.
Your brain finds this alarming and takes over your liver to clean it out of your system.
While your liver is otherwise occupied, it cannot produce glycogen and store it.
The following day your blood sugar levels are lower, so your orexin levels are higher and your symptoms are less severe.

What you’re doing is poisoning your liver to compensate for the fact that your brain is overdosing on sugar.
In the diabetic world this is known as shocking the liver for glucose control. They use alcohol instead of GHB though- it does basically the same thing with less fatal effects. It is used sometimes in emergencies, as part of a protocol to reduce extremely high blood sugar. It is frowned on as a regular form of treatment, however.
· It’s unhealthy. Dumping poison into your system may provide some indirect symptom relief, but not surprisingly- isn’t good for your liver.
· It’s inefficient. You can accomplish the same thing by not putting all that glucose into your system in the first place.

Just about any other potent neurotoxin would do the same thing. Except most of them kill you instead of just knock you out. The narcotic effect is probably just a nice bonus. You get to sleep through your detoxification instead of suffer.

Moreover, this does nothing to alleviate the underlying neurodegeneration of your orexin cells. If the medical establishment knew this was the mechanism (they have no idea what it does, but they give you the dangerous shit anyway), it would never have been approved.

Seriously, shutting down your brainstem is not a prudent form of blood sugar control.
It’s the physiological equivalent of setting your house on fire because you’re cold.

Update 2017:  Xyrem counteracts sepsis.   You have an infection.    Probably in your mouth.
Posted by Heidi Lindborg at 2:23 PM 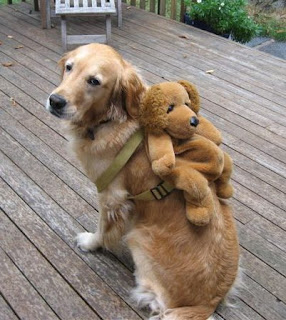 Warning- my dog Sophie is really cute and will do anything I tell her to if I have a treat in my hand.

Here she is with her new backpack on the first day of school.


I'm not a big proponent of profligate puppy pictures-
But I will use this power for my own nefarious purposes if you aren't careful...
Posted by Heidi Lindborg at 10:20 AM

Do any of you orexin zombies have experience with Metformin or other medications?
I had one positive report.
It would make sense... inhibiting glycogen release...
Posted by Heidi Lindborg at 9:18 PM

If this works for you-
Test your kids. Please. It's the cycle of suffering I'm trying to break here.
Tell your doctor. After enough of us do, maybe they will get a clue.
And I'd appreciate it if you posted your story on forums or forwarded my link to interested parties. I don't do much evangelizing. And I'm really bad at it when I do.

Pay it forward.
Thanks.
Posted by Heidi Lindborg at 9:57 AM