Next Year will be Better 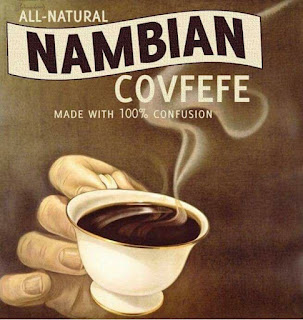 Posted by Heidi Lindborg at 7:18 AM


So I went to see The Last Jedi-

And all I could think through the whole thing was:
"That Snoke guy must have a wicked headache.   No wonder he's so mean."

Not to mention, Vader had a pretty bad respiratory problem and terrible epithelial injuries from being thrown into a volcano.

Anyhow, I concluded that if Kylo Ren took better care of his crowded teeth and pinched nasal ducts he could probably be turned back toward the light.
Posted by Heidi Lindborg at 7:16 AM

That's the word I've been trying to identify.  Self explanatory.  Carry on.
Posted by Heidi Lindborg at 5:31 AM

How a Shy Jewish Boy’s Nose Issues Gave America Rudolf for Christmas
Posted by Heidi Lindborg at 7:37 AM

"You all just got a lot richer," President Trump told friends dining at Mar-a-Lago Friday night, hours after signing tax overhaul into law.

I hope you and yours have enough resources to eat and nurse your winter infections at the same time.
I truly, truly do.

Merry Fucking Christmas from the NRA

A teen is charged with killing his girlfriend’s parents. They had worried he was a neo-Nazi.

This is EXACTLY what I have been afraid of all year.
Summary executions by hyperactive punks.
This is the shit that is simmering in the infected heads of men all over America.
This is the predictably insane outcome of male entitlement combined with illness induced mania
AND EASY ACCESS TO GUNS.

Posted by Heidi Lindborg at 7:58 AM

This young man is Wyatt Koch.
He thanks America for making him rich forever.
He will never have any problems paying for anything despite his inability to do real work due the obvious physical and cognitive complications of his raging head infections. 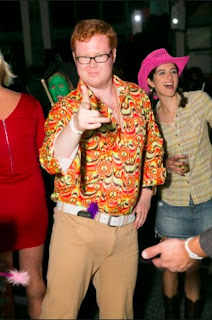 Posted by Heidi Lindborg at 1:37 AM

The Moral of the Story 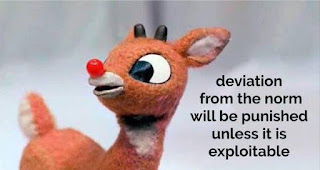 my new favorite thing.
Thanks to John Fugelsang.
Posted by Heidi Lindborg at 8:36 AM

This is How it Begins

One Hasty Study Doesn’t Mean That “Man Flu” Is Real

But a whole body of scientific research does suggest that men are more vulnerable to respiratory infections...

Posted by Heidi Lindborg at 6:15 AM

Because this old man and his depressed daughter probably suffered from the same chronic illness.
It made him righteous and mean, and it made her want to die.
This is the timeless tragedy of the human condition.

America is full of sick, miserable people.  That's the real problem.
And the one Republicans want to make ten times worse.

I will light a candle today and hope for sanity. 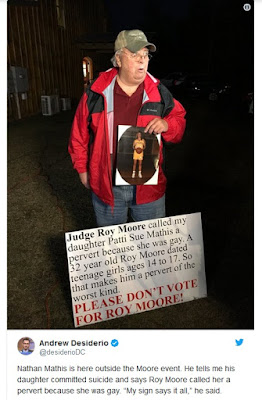 Posted by Heidi Lindborg at 6:38 AM

State of the Cephalus

The Head of State is still deteriorating.

It seems like merely standing and reading is strenuous for him now.
That's because he's very sick, and his metabolism is no longer functioning.   And that adolescent diet he ingests only makes it worse.   It destroys his energy level and immune response.

His entire head is clogging up now.  Trust me, he has a headache ALL the time.
The sinus infections have settled in and the skin on his face is now getting sclerotic.   His cheeks have hardened and no longer have fine motor movements.   It's as if he's wearing a leather mask.

His nasty right sinus has surely been  draining into his mouth, and now there is something wrong with his lower jaw on that side.  It may be a bad tooth down there, but I would bet a Benjamin that he has a calcium stone in his right maxillary salivary duct.   That's a predictable consequence of long term strep infection, and they are impossible to feel until they try to get out.

Anyhow,  that's what I think is going on in this clip of him slurring.
The stone moved, pinched the nerve in his jaw, and paralyzed his tongue for a moment.
You can see him gag and twitch and try to move it subtly.   Here's a different video, made weeks before, when I first noticed this twitch. (0:35)

Most people assumed it was dentures, but neglected the fact he's too vain to even consider them.  He has classy implants and veneers.
The rest assume it was a stroke or dementia, but it was clearly transient dysarthria and not memory related.

(For the record- Yeah- been here done this too)

I like that second clip a lot.   He's very bloated that day and laboring to speak.  The interesting thing is how disciplined he is in his face control.   He has certain poses he adopts when he's in distress- which is almost always, because he can't breathe through his nose...


He usually uses shouting as a reason to gasp and mouth breathe.
There's a "strong jaw" face-  clamps his front teeth together so the molars are not touching.  Opens mouth slightly to breathe.  (1:10)
The duck face relieves pinched nerves in the nose, and that overdone grin relieves stress on the jaw muscle that he likes to clench so much.

It's really a very choreographed set of actions.

I think he considers himself a great actor.
I have always considered him a very advanced form of a pull string "See and Say" toy-  trigger him with a word, and he comes up with a canned response...

Anyhow,
I have now decided that he imposes this rigorous mask regimen on Ivanka and Melania too.   Their faces never move and you can never see them breathe.
Posted by Heidi Lindborg at 7:50 AM

The Republican tax bill is not just immoral. It is an act of violence
Rev Dr William Barber


Donald Trump and leaders in Congress are on the verge of enacting one of the most immoral pieces of legislation in our nation’s history. The Republican party has billed its plan as a tax cut for America’s middle class, but it is in fact an act of gross violence against America’s poor to serve the country’s richest and most powerful.
The claim of the cuts is scarcity. But we do not have scarcity of money; we have a scarcity of moral will. We have an abundance of resources that could end poverty for everyone.

Extremist leaders are proposing to give billions in tax breaks to the wealthy, and to pay for it by raising taxes and cutting life-saving services for poor people, working poor people and the most vulnerable among us.
Listen to what the prophets of old in our sacred traditions have to say about this:

Woe to those who make unjust laws, to those who issue oppressive decrees, to deprive the poor of their rights and withhold justice from the oppressed of my people, making widows their prey and robbing the fatherless. (Isaiah 10:1-4)