About neglecting the blog.   My new paper is written.  It's out for editing and review.
I will publish it here next week.
Posted by Heidi Lindborg at 5:41 PM

Brain Eating Zombies of the Day

Environmental factors in the development of narcolepsy with cataplexy. A case-control study.


The main finding in narcoleptic patients as compared to control subjects was major changes in the 'number of arguments with partner, family, or friends.  This can be interpreted as having a protective function and it suggests that psychological mechanisms are present since the beginning of the disease.

Now I think we all would agree with the first part.
But the irritability is not "behaviorally protective" in any way.
These authors have clearly never tried to rebuild their life after walking out on a spouse while floridly ill...
Crankiness is one of the most damaging effects of narcolepsy.

And irritability is a primary symptom of infection, an indication of acute illness,  thankyouverymuch.
Posted by Heidi Lindborg at 3:56 PM

goes to this scientist...  Johanna Fleishmann

For doing her dissertation on Suicide and Orexin levels.

Same as it ever was


The overwhelming majority had been arrested for “crimes of survival” such as retail theft (to find food or supplies) or breaking and entering (to find a place to sleep).


Women under chronic stress have significantly lower levels of klotho, a hormone that regulates aging and enhances cognition, researchers have found in a study comparing mothers of children on the autism spectrum to low-stress controls.

The expression of klotho was markedly decreased by lipopolysaccharide (endotoxin) in vivo.
Posted by Heidi Lindborg at 12:33 PM

Because Jamie graduated from college today.

And made this cynical, crusty old zombie weep like a baby.
What a great day.
Posted by Heidi Lindborg at 11:43 PM

Because Gina is Hosting a Shindig...
The Sleep Walk in Dallas
Last year she had 125 attendees, this year she expects about 200.


Because Gina is able to host a massive shindig and herd a bunch of narcos too...
That is a truly glorious accomplishment.

Because she's amazing...  The Best Ambassador we could ever hope for.
Posted by Heidi Lindborg at 7:12 PM

Excellent documentation of the obvious.  And not at all self-serving.
Posted by Heidi Lindborg at 12:19 AM


The Federal Trade Commission announced on Thursday a record settlement of $1.2 billion with Teva Pharmaceuticals over charges that the drug maker Cephalon illegally blocked generic competition to its sleep-disorder drug Provigil.


Low Vitamin D Tied to Testosterone Dip in Healthy Men
well, if that doesn't get you guys to eat some...


The Sleep Ass-ociation conference is this week.   There should be lots of annoying articles coming out soon...
Posted by Heidi Lindborg at 7:43 AM

Everything I Know in Seven Words

Much longer version in the pipeline... 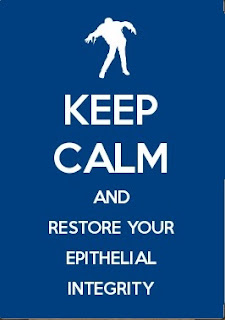 Posted by Heidi Lindborg at 7:41 AM

Well How About That

In a stunning discovery that overturns decades of textbook teaching, researchers at the University of Virginia School of Medicine have determined that the brain is directly connected to the immune system by vessels previously thought not to exist.

That such vessels could have escaped detection when the lymphatic system has been so thoroughly mapped throughout the body is surprising on its own, but the true significance of the discovery lies in the effects it could have on the study and treatment of neurological diseases ranging from autism to Alzheimer’s disease to multiple sclerosis.

“Instead of asking, ‘How do we study the immune response of the brain?,’ ‘Why do multiple sclerosis patients have the immune attacks?,’ now we can approach this mechanistically – because the brain is like every other tissue connected to the peripheral immune system through meningeal lymphatic vessels,” said Jonathan Kipnis, a professor in U.Va.’s Department of Neuroscience and director of U.Va.’s Center for Brain Immunology and Glia. “It changes entirely the way we perceive the neuro-immune interaction. We always perceived it before as something esoteric that can’t be studied. But now we can ask mechanistic questions."

Oh, yessss.  That is going to come in handy.

And then there's this.
Bacteria may cause type 2 diabetes

A new study by University of Iowa microbiologists now suggests that bacteria may even be a cause of one of the most prevalent diseases of our time - Type 2 diabetes.
The research team led by Patrick Schlievert, PhD, professor and DEO of microbiology at the UI Carver College of Medicine, found that prolonged exposure to a toxin produced by Staphylococcus aureus (staph) bacteria causes rabbits to develop the hallmark symptoms of Type 2 diabetes, including insulin resistance, glucose intolerance, and systemic inflammation.
"We basically reproduced Type 2 diabetes in rabbits simply through chronic exposure to the staph superantigen," Schlievert says.

The “logical despair” of womanhood: Women are much more likely to suffer psychological distress than men


A new report from the National Center for Health Statistics at the Centers for Disease Control and Prevention has found that women in every single age group are much more likely than men to suffer from serious psychological distress (SPD). So, the weight of systemic oppression is actually having effects on our brain chemistry, who would have even thought that was possible?
The study also found that SPD puts people at greater risk for a number of medical conditions including chronic obstructive pulmonary disease (COPD) and heart disease.

Still, the data is even more alarming when coupled with the fact that suicide has become the leading killer of teenage girls aged 15 to 19 worldwide.
Dr. Suzanne Petroni, senior director for gender, population and development at the International Center for Research on Women, was the first to put the data together, reports The Guardian’s Jessica Valenti.
“It was clear that from at least 2000, [suicide] was a leading cause of death in this age group,” Petroni told Valenti, noting that suicide only recently overtook maternal mortality as the top killer of teenage girls. “We need more research and evidence to tell us if it is actually happening for the reason we hypothesize it is — which is that gender norms and inequality have a significant link for suicide vulnerability.”
... The hypothesis would make sense since puberty is around the time where discrimination and oppression starts to kick in.

This is also the time when hormone and metabolic changes set in.
And estrogen alters insulin metabolism, so girls diverge from boys around this time.

The fact is:
There really is a real physiological explanation for why women suffer more from depression than men...
That has nothing to do with sex discriimination.

BUT-
Since Psychs have historically been men who do not experience this phenomenon:
They tell us we're hysterical.   That we are imagining things.   And that we need to shut our whiny pie holes and snap the hell out of it.

See how that really works?
Posted by Heidi Lindborg at 7:20 AM