The President of the United States said: "Nobody knew that health care could be so complicated"
Posted by Heidi Lindborg at 8:20 AM

There is not enough order in the New World Order.   Too much Chaos.
I can't keep track of all my new responsibilities.
I would really appreciate it if we could all adhere to the following schedule:

You don't have to shame your own identity group, you will be targeted that day instead.
And don't forget to Blame the Media and Nasty Women every single day.


Thank you for your cooperation.
Posted by Heidi Lindborg at 7:53 AM

The Trump phenomenon is an exercise in what you can accomplish if you simply don't care about what you're saying is true.
Posted by Heidi Lindborg at 7:16 AM 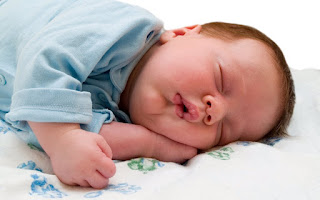 I saw this picture on the internet yesterday and can't stop thinking about it.
This is not a sweetly sleeping baby.     This baby is in the middle of a narcoleptic sleep attack.
He has infected and swollen adenoids. He can't breathe through his nose.
And his tear ducts are clogged. That's why his eyelids and brows are swollen.
That hand under his face is to hold his mouth open and soothe the the pain in his cheeks.

He's oxygen deprived and mouth breathing because he's been laid down flat.
The resulting orexin deficiency has made his muscles slack and locked him in sleep.
Look at the furrowed brow, he's trying to move but can't.

It's the stuff like this that gets me the most-  the things that everyone else thinks are cute and funny and make me feel like I've been gut punched.
Posted by Heidi Lindborg at 7:08 AM

I am a professionally trained cataloging librarian. I think about classifying humans all the time.
And after a couple of decades spent ruminating on it-  I have decided they fall into a few categories....

I rarely find anyone who can't fit in one of those buckets.
Posted by Heidi Lindborg at 6:19 AM

Sorry it's been so erratic around here.  I haven't been able to even think about science due to the flaming shitshow coming from the White House and resulting Cognitive Denial of Service Attack on my brain ...
The Alzheimer's paper is still in the docket.   And I have decided to start doing lessons on facial symptoms soon.  We all need to take a good look in the mirror.

In the meantime-
Some medical science:

When Evidence Says No, but Doctors Say Yes
Long after research contradicts common medical practices, patients continue to demand them and physicians continue to deliver. The result is an epidemic of unnecessary and unhelpful treatments.

Autism risk linked to herpes infection during pregnancy
Women with signs of active genital herpes had twice the odds of giving birth to offspring with autism spectrum disorder.  Go figure.

Humans are hard-wired to follow the path of least resistance
The amount of effort required to do something influences what we think we see, finds a new study, suggesting we're biased towards perceiving anything challenging to be less appealing.

Vitamin D protects against colds and flu, finds major global study
Vitamin D supplements protect against acute respiratory infections including colds and flu, according to a study. The study provides the most robust evidence yet that vitamin D has benefits beyond bone and muscle health.

Immigrants are Less Likely to be Criminals Than the Native-Born

Husbands Are Deadlier Than Terrorists

Knee-jerk disgust is holding humans back
And this response is easily caused by digestive tract infection..

Why these librarians are protesting Trump’s executive orders
Don't piss off the librarians. They'll fuck you over quietly, document it, and archive it too.

And a little medical history-

Here’s to George Washington, afflicted with so many killer diseases it’s miraculous he survived to become father of our nation

This is my all time favorite picture.
It's from Hurricane Katrina. I think it was a cover on a Psych magazine, but I can't find it online anymore.
Anyhow, I hope the photographer takes pride in how very perfect it is. 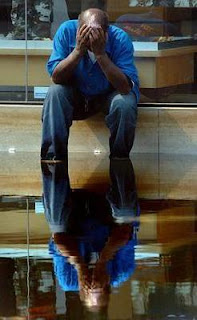 Posted by Heidi Lindborg at 1:16 PM

My future suddenly revolves around a needy baby.
And I want to vomit all the time....

This is how I imagined pregnancy, not the presidency.
Posted by Heidi Lindborg at 5:31 AM

Posted by Heidi Lindborg at 7:55 PM

Damn I hate living in this mirror.

Homeland Security chief: Parts of border wall will be transparent


“Kelly said the wall will take a multi-layered approach,” Fox News reporter Catherine Herridge said. “There will be the physical wall and then parts of the wall that you can actually see through because it will rely on sensors and other technology.”


Seriously?
1. That's not a "big beautiful wall".   Walls are things  Words Matter.
2. And we already have surveillance towers and sensors.    Down the road from me...


Similarly-
1.  Yes it is as much of a Muslim Ban as you though you might get away with.
2.  Obama already increased vetting on those exact countries.   And didn't make a fuss or fuck it up.

We have always been at war with Australia.
Posted by Heidi Lindborg at 9:55 AM

While You Were Distracted.

I wagered it would take two weeks.   Not even Close.

Damn, Veruca must really want that playhouse.
Posted by Heidi Lindborg at 12:17 PM